Mystery Books You Will Love To Read ...
Lindy Lewis - Moonbeams - Almighty - Times Like This
An Interview with Lyn Miller ~ Lyn Miller Books in the news ~ More News 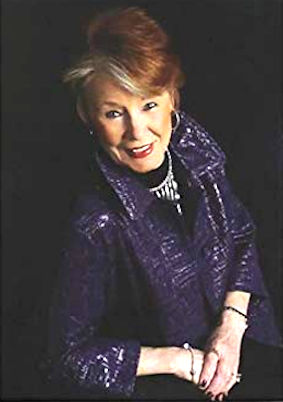 I’ve written a completely different mystery this time. It takes place again in the familiar town of Birch Lake which I use in all my books. Years ago I lived there in the summers and sold antiques and “junk” so that is the setting for this one. Shilo Gold is a character you’ll grow to love, as well as the friendship between her and her friend Runda, who has come from Oslo to live in the peaceful town. You’ll meet Jon Moss the newly elected sheriff of this place which is suddenly turned upside down when it is caught in the middle of a double homicide. And who is the man downstairs?

Back in 2007, Lyn Miller Lacoursiere of Lyn Miller Books first introduced us to The Lindy Lewis Adventures and each year added another numbering six in the collection. Since then she has released a book each year introducing Daisy O’Dell in Moonbeams and Moonbeams Too, and also Sheriff Jesse Ortega in Almighty and Almighty Too. And now to the delight of her readers the author has brought Lindy Lewis back to tantilize us with her antics.

Books make wonderful gifts for any occasion or for anyone. Giving a book is not a gift that will likely be forgotten, nor will the receiver of it ever forget the thoughtful giver.

Books are welcome gifts at any time of the year, not just on holidays or special occasions. Make someone happy. Give a book or two.

Visit my blog to read what is happening in the Lindy Lewis Diaries.

When the exterminator jokingly declared, "Lady, you better burn it," Lindy Lewis devised a plan and burned her beautiful home to collect the million dollar insurance.

CLUTCHING HER FORTUNE Lindy has left Reed Conner's bed in the north and escapes to her beloved south. As she frolics in sunny Savannah, Georgia, another house fire steals her tranquility and again she takes to the road.

The courtroom was silent as death as the prosecutor repeated the question. "Miss Lewis, would you please tell the court what you saw when you looked out the porthole of the yacht?"

Suddenly Summer takes the reader on another hair-raising journey when Lindy Lewis saves the life of the Mayor of Monterrey, Mexico. "I know all about your deceptive life," he threatens when she rejects his advances. 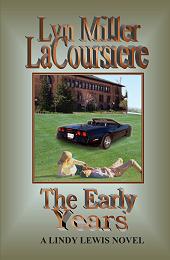 This is a story of sweetness and conflict, decisions and departures that shape the young lives of Lindy Lewis and Reed Conners.
You will see how life molded Lindy into the person she is today.

This was the one big reason she had been forced to change her life so drastically, Lindy Lewis cries. Heartbroken, and furious at Reed Conners for his thoughtlessness and lack of consideration, believing he just hadn't cared enough to inform her months ago of his arrangement with the FBI, Lindy leaves his bed in Birch Lake and drives away.

"She was hunted like an animal and now I know I'm next!" Daisy cries. When a stranger treads softly into her bedroom, a circle of fine wire in hand ready to slip around her throat, is she ready? 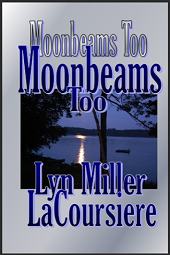 "Believing Roma Hurst, Daisy O'Dell's best friend and the killer's first victim, has given her valuable information about his ring of deadly assassins Daisy is forced to flee Birch Lake, in northern Minnesota for Minneapolis, after another "killer for hire" has attempted to take her life.

"Jesse Ortega, a sixty-two year old, overweight and exhausted sheriff from Birch Lake, Minnesota has finally retired after several decades of stress and hard work 24/7. Now divorced from a cold hearted woman, he packs battered suitcases and heads south. And landing in Hilton Head, SC decides this is where he might stay.

'Okay, load them up and take them into the woods and bury them!" The man ordered his brothers after his rifle shots had echoed in the swamp. Soon after, a tornado came through ripping up trees and grounds and unearthing not just one head, but two!

Boredom has forced Lindy Lewis to leave Reed Conner’s bed in Birch Lake, and hurriedly flee back to her life in Hilton Head SC. However on the way, she encounters countless threatening assaults. When someone breaks into her home and tries to kill her, she longs for the safety that only Reed could give her. But was it too late? 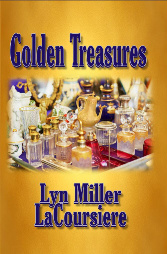 A young Shilo Gold gets her first job at a store called Golden Treasures in Minneapolis Minnesota, later marries the owner and ends up a rich lady. Later in life finds her retired to a small quiet town in the midwest called Birch Lake. When Sheriff Jon Moss finds a killer is loose in his town, its turned upside down with fear and anxiousness.

He shot the son of a bitch and didn’t care if it was the middle of a quiet winter day and the town would hear the blast from his silver plated .38. He even stood there and watched as the bastard slid down the wall and then as he hit the floor, he died.“That enough for you, asshole?” Detective Steve Loren's voice rasped.

Visit my Lyn Miller Books blog for all the latest updates on what is happening to Lindy Lewis. Be sure and stop by to learn about the new series that started in 2013.

Click to see what is happening in the
Lindy Lewis Diaries

Books and E-Books On Amazon

E-Books and Kindle Edition On Smashwords